Lessons learned from experience with corneal cross-linking (CXL) and recent advances in technology call for the establishment of new treatment algorithms for keratoconus, according to Miltos Balidis PhD, FeBOphth, ICOphth, Thessaloniki, Greece. 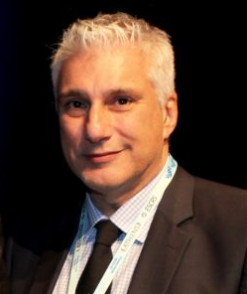 “We should put the new technologies together with what we have learned so far. Correcting visual acuity, reducing coma, stopping progression, and the thinnest pachymetry – these are the standards we should always have in mind if we are going to have a new algorithm for these eyes,” Dr Balidis told the 23rd ESCRS winter Meeting in Athens, Greece.

In the past, treatment algorithms have been based on K readings, progression, corneal thickness, visual acuity and the age of the patient. The goal of treatment has been the stabilisation of the cone rather than visual rehabilitation. Meanwhile, there has been an evolution of technique that provides the surgeon with a broad range of options to consider.

The original CXL procedure was the Dresden protocol, which involved a simple cross-linking procedure using riboflavin 3mW/cm2 of energy for 30 minutes. There soon followed the Athens/Cretan protocol in which photorefractive surgery is used to change the shape of the cone and then afterwards freezing the shape of the cornea with cross-linking in order to maintain this change.

Other variations of technique include epi-off CXL, where the cross-linking is performed through the corneal epithelium to provide greater patient comfort and less postoperative pain and a lower risk of infection. However, the procedure appears to have the disadvantage that the cross-linking doesn’t penetrate as deeply, even when the CXL is accelerated. More recent times have seen the advent of customised CXL in which only the weakened cornea undergoes cross-linking.

There has also been an evolution of riboflavin from the standard dextran solution to riboflavin plus hydroxypropyl methylcellulose (HPMC) hypotonic saline solution, which induces much less
corneal thinning.

Topography-guided PRK plus cross-linking has proved successful in large series of patients; however, it has one inherent flaw in that it makes thin corneas even thinner.

However, a new procedure has recently been developed, which treats only the cone as determined by posterior elevation measured by tomography with the Pentacam. A system now marketed by Avedro combines an eye tracker with an adjustable ultraviolet A light device that irradiates the cornea in customised patterns, delivering greater energy levels to where greater stiffening is required.

Early results with the technique suggest that it produces a greater flattening of the cornea and better improvements in vision than more conventional CXL. Early indications also suggest that, when combined with oxygen supplementation delivered via boost goggles, transepithelial procedures will penetrate to sufficient depth for optimum cross-linking.

“This is a new era – we can translate any type of configuration on to the cornea with the customised cross-linking and I really think this is a game-changer in our armamentarium,” he told the Athens conference.

On the basis on what research has shown and the tools now available, Dr Balidis said a new algorithm is necessary to treat keratoconus patients in a more individual way.

So, for example, in eyes with corneas thinner than 400 microns with a good visual acuity and a good RMS, an accelerated cross-linking will produce a satisfactory result. However, a customised procedure will produce better results. In eyes where vision is getting worse, the cone is increasing and the RMS is high, CuRV (Customised Remodeled Vision) procedures will be especially beneficial.

However, when the RMS is 3.1, transepithelial topographically-guided PRK to normalise the cornea may be a better interventional option. When the visual acuity is less than 0.4 and the RMS is greatly elevated, deep anterior lamellar keratoplasty (DALK) is often the best option, although topographically-guided PRK or possibly intracorneal ring segments may be considered.

Eyes with very thin corneas are good candidates for epi-on customised CXL with oxygen supplementation. As an illustration Dr Balidis presented a case where this approach flattened the cone by four dioptres.

Dr Balidis noted that in the past hydration has been used to increase the thickness of thin corneas to allow deeper penetration of the cross-linking without compromising the safety of the endothelium.

However, he and his associates have shown in a study that, in fact, that the more hydrated the cornea, the less functional will be the cross-linking. The epi-on customised oxygen-supplemented procedure allows deeper penetration of the cross-linking but with an adequate safety zone without any hydration. 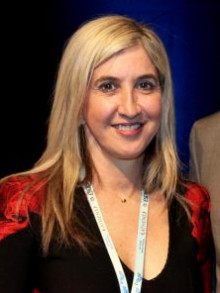 In an interview with EuroTimes, Vikentia Katsanevaki MD PhD, Athens, Greece, noted that keratoconus is of major concern in the Mediterranean area and cases are dealt with every day at her institution. Therefore, she has a lot of experience with the classic Dresden protocol, which is known to work. However, things can always get better.

“It is obvious now that if we deliver the same energy to the cornea we can play a little bit with the time and the fluence and the question to be answered here is, how can we have the results of the Dresden protocol without such a time-consuming therapy, meaning minimising the time by advancing the fluence without having adverse effect to the cornea?” said Dr Katsanevaki.

However, she pointed out that surgeons need to be aware that CXL procedures carry some risks. For example, in epi-off treatments, exposure of the stroma while the epithelium heals leaves it open to a range of complications.

“In most cases the epithelium heals in a few days but there were cases where it could take a longer time. And the longer the epithelium is off the more risk there is. There is the risk of infection, the risk of corneal melt, and the risk of significant scarring to the eye. It is almost necrotic keratitis. Of course these are really, really rare but the risk is there,” she added.